One thing to remember is that UrlReferrer will change to your pagename when you post back to the server.. so you should maybe store the value in ViewState on the first page load of the page if you are wanting to redirect the user to the previous page after a couple postbacks to the same page.

If you want to reach the previous page ,

ViewState is used for retaining values between multiple requests for the same page. This is the default method that the page uses to preserve page and control property values between round trips.

The situations where it does work include the following methods of a browser loading a URL:

The situations where it doesn't work:

These SQL strings are not parsed for errors because they are generated at execution time, and they may introduce security vulnerabilities into your database. Also, SQL strings can be a nightmare to debug, which is why I have never been a big fan of dynamically built SQL statements; however, sometimes they are perfect for certain scenarios.

NOTE: Most importantly, the Dynamic SQL Queries in a variable are not compiled, parsed, checked for errors until they are executed.

declare @sql varchar(5000)
Set that variable to be the completed SQL string you want (as a string, and not actually querying... so you embed the row-name you want using string concatenation).

There have been a lot of discussions on the usage of dynamic SQL in SQL server. Most of them were stressing on SQL injection. Will dynamic SQL cause any performance difference? Interesting question!! Shall we check with an example?

Following are two simple procedures created in Northwnd database to fetch company names. One using dynamic SQL and the other one without dynamic SQL. 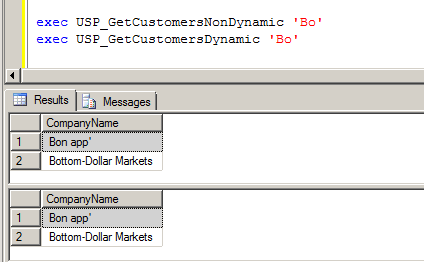 Does it mean that dynamic SQL is something that should be avoided ? Never meant that !! The tests were not exhaustive enough to prove that, and sp_executesql is not at all counted in these tests. The only point to emphasize here is that there could be performance implications while using dynamic SQL, and this should be known and counted during application development.
Posted by Gopalan Mani at 05:03 No comments:

Join is used to retrieve rows from two or more tables by matching a field value that is common between the tables. The fields you join on must have similar data types, and you cannot join on MEMO or OLEOBJECT data types

if you want to do more than one JOIN, you have to use parenthesis in the FROM clause.

you would have to do the following:

the joins must be nested by using parentheses

Otherwise, you get a "Missing Operator" error.

Posted by Gopalan Mani at 04:57 No comments:

By default all browsers share session state between multiple tabs. So if you logged into one tab with particular site and open internal link of the same site in new tab, you need not to worry to login again. It will automatically declare you as logged in user.

this is normal behavior of browser (shared single session on multiple tab).

if you need each tab will get unique ID and it will looks like it is another visitor, try this code

What is the difference between a field and a property in C#? 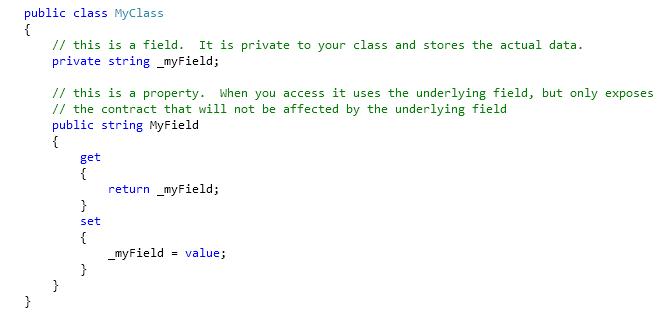 Fields and properties look the same, but they are not. Properties are methods and as such there are certain things that are not supported for properties, and some things that may happen with properties but never in the case of fields.

The remote server don't return the correct HTML, so it throw errors.

Check Windows event viewer logs you might get more information on the reason of the 500 error.
Posted by Gopalan Mani at 03:45 No comments:

How to know whether record is updated or not

When you do an update, it's immediately return rows updated: It Return Number of Records Affected

@@ROWCOUNT - Returns the number of rows affected by the last statement and Return type of @@ROWCOUNT is int.

You can set this @@rowcount to some other variable and use them for further processing.

using Stored Procedure, Register an out parameter for the stored procedure, and set the value based on @@ROWCOUNT if using SQL Server. Use SQL%ROWCOUNT if you are using Oracle.

if you have multiple INSERT/UPDATE/DELETEs, you'll need a variable to store the result from @@ROWCOUNT for each operation.